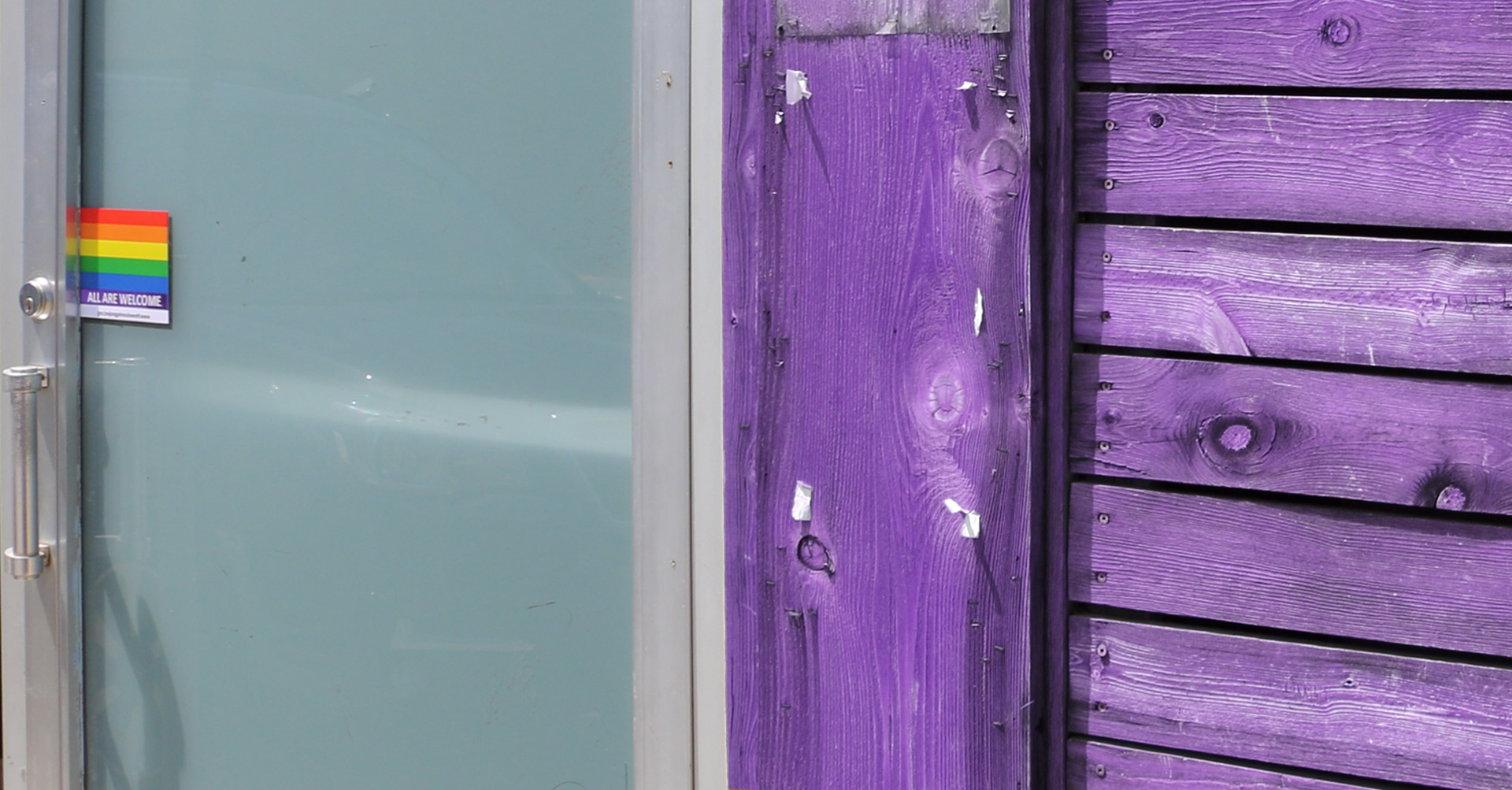 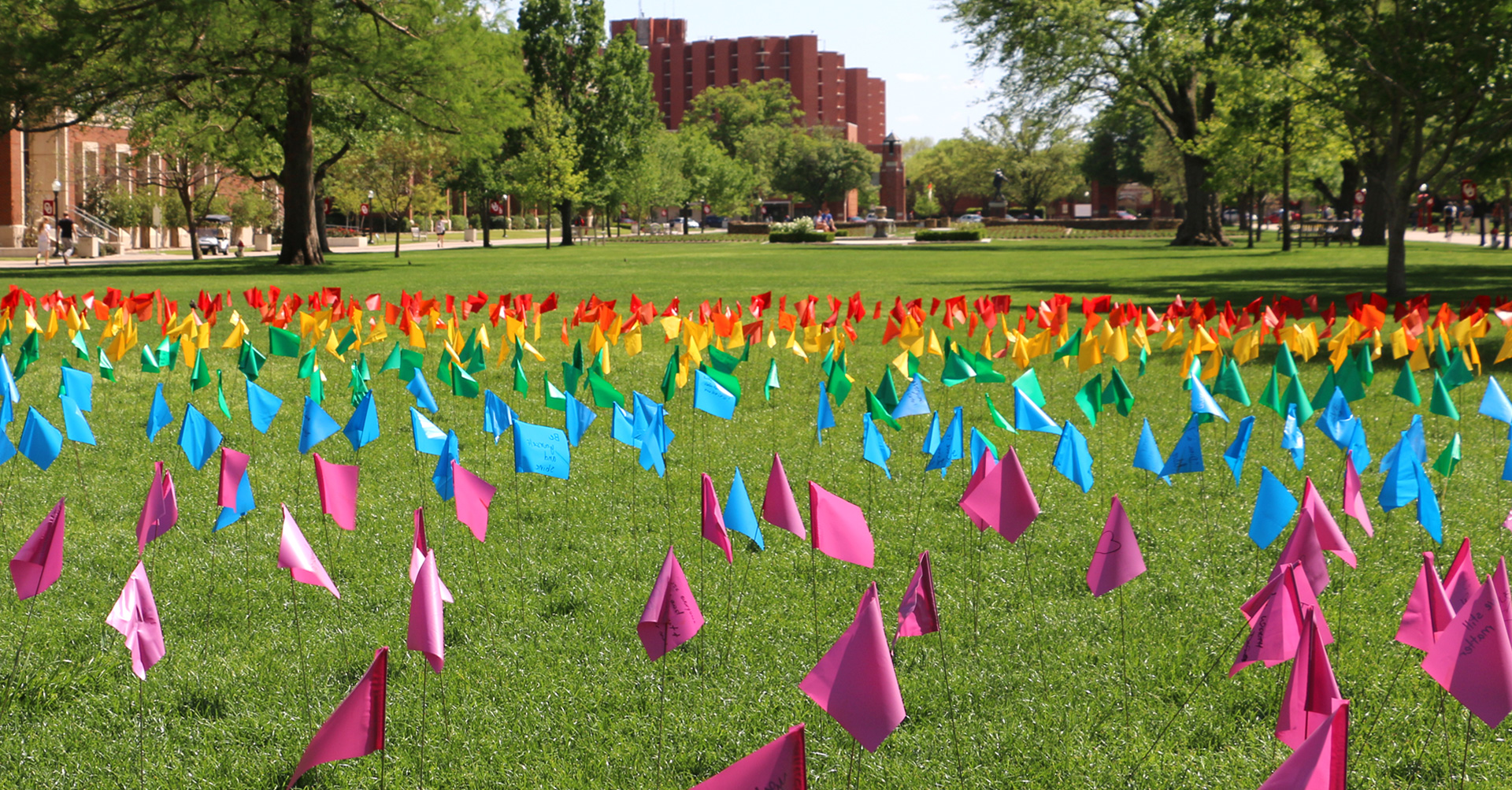 Support the Welcoming Project with a Donation 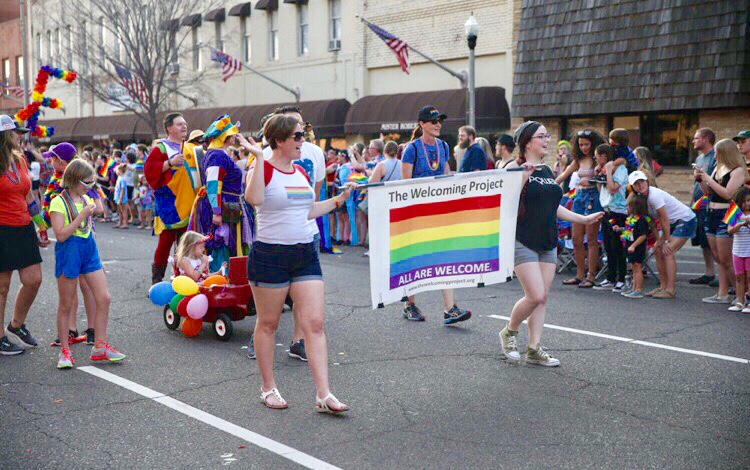 What Is The Welcoming Project?

The Welcoming Project began in 2011 to encourage businesses, health care/service providers, organizations, and congregations to display welcoming signs for the purpose of making LGBTQ (lesbian, gay, bisexual, transgender, and queer) individuals and allies feel welcomed as patrons. The Welcoming Project is available to communities throughout the United States and across the globe. You can find a list of all of our Welcoming Places in our searchable online directory. 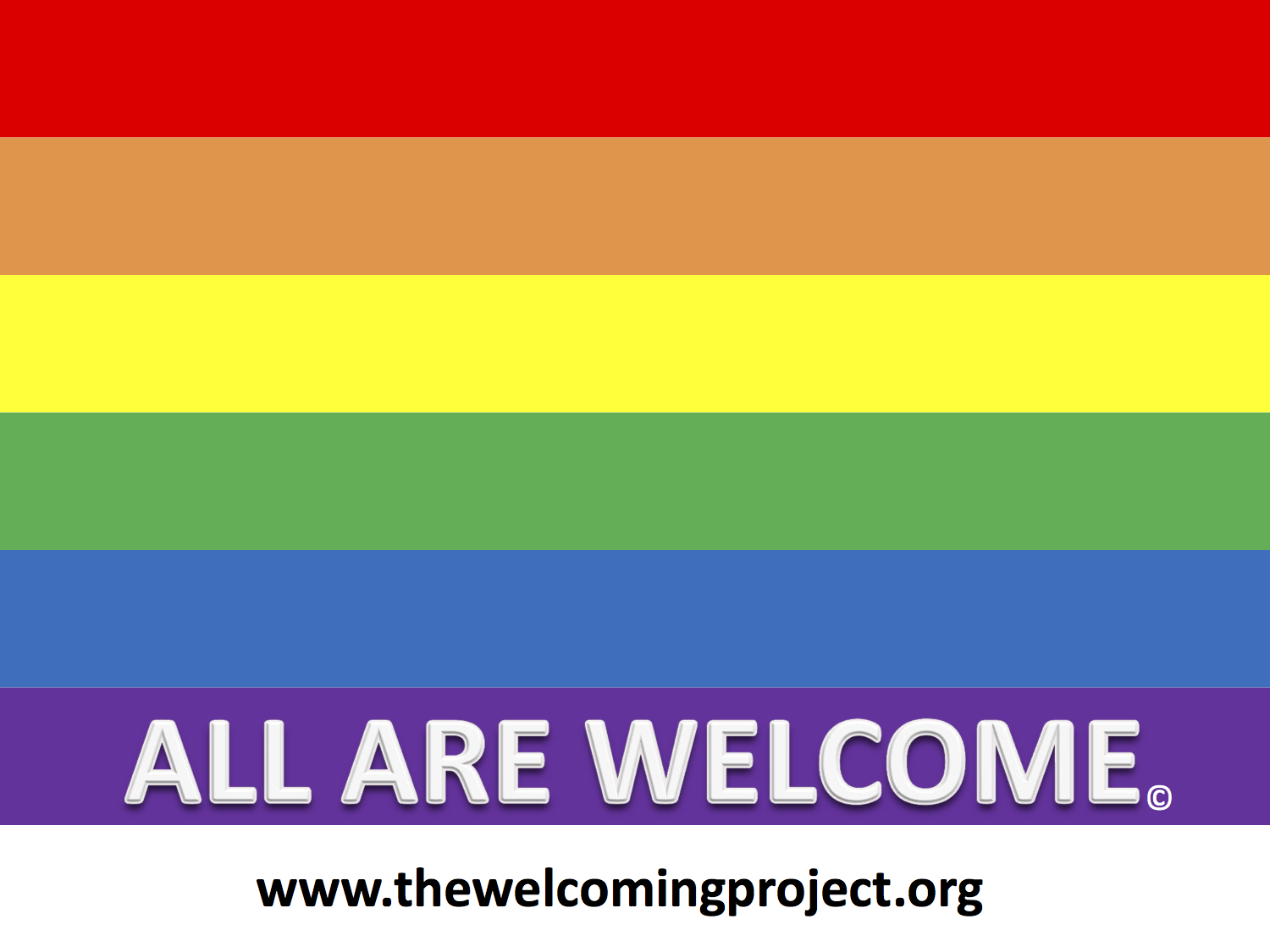 To provide free "All Are Welcome" signs to help LGBTQ people and their allies feel welcomed by businesses, health care/service providers, organizations, and congregations in communities throughout the world.

To educate the community about LGBTQ issues, terminology, and the importance of welcoming signs.

To support the LGBTQ community and their allies through our annual scholarship and other community events. 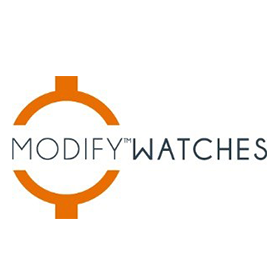 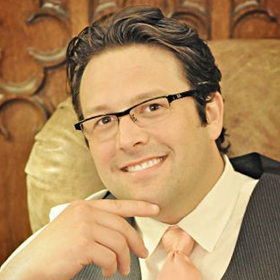 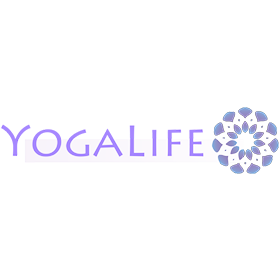 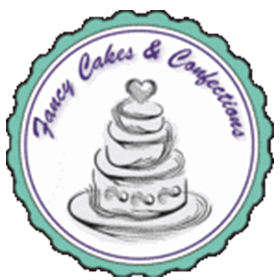 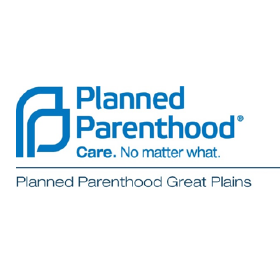 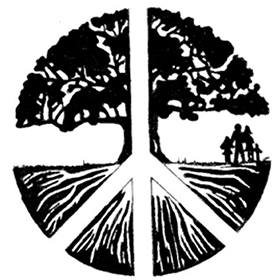 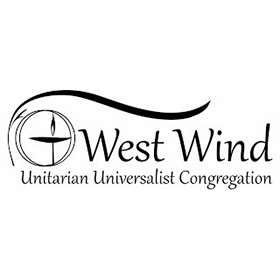 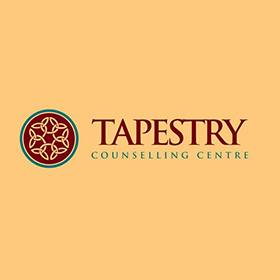 I have the "All Are Welcome" rainbow sign posted in my 8th grade classroom. I cannot begin to explain the impact this little card has had on my relationship with students over the past four years it has been in this spot!

“My wife and I moved to Norman from North Carolina because I got a job at OU. So, a few months before we were scheduled to move, we visited Norman to look for housing. We came from the South, so we were used to some anti-LGBTQ sentiment, and we expected to encounter either neutral or anti-LGBTQ views when we came to Oklahoma. When we arrived, the first place we went for lunch was The Diner. We walked in to some old school country music blaring on the radio, heard some country accents from the conversations of other customers, and jumped to the conclusion that we would just “lay low” and be inconspicuous about our relationship for fear of some sort of negative reaction. We ate our lunch, went to the counter to check out, and I caught a glimpse of a rainbow card that said “All Are Welcome.” I was stunned! I pointed it out to my wife, and she was equally surprised. I mentioned it to our server, who enthusiastically declared that The Diner is most definitely welcoming to LGBTQ people, and then told us all about the fun time she just had that weekend at the OKC Pride event. My wife and I were ecstatic! We never expected to encounter such enthusiasm and support for LGBTQ people, and especially not at an old school diner in the middle of the country. This interaction painted the remainder of our visit to Norman with much brighter expectations than when we first started. Now that we live in Norman, we are pleased to see such community-wide support for LGBTQ people, which is easy to find with the rainbow cards. Without The Welcoming Project’s signage at The Diner, we would have laid low and never experienced the warmth and inviting response to our relationship that we received that day. Ever since then, The Diner has become a favorite spot of ours to eat out and we love being able to “be ourselves” there without fear of being ostracized or shamed.”

“My partner and I decided to sell our home. Not knowing any real estate agents in the area, we looked to recommendations from friends, who we noticed in advertising, and by looking at agent websites. Certainly we wanted an agent who would be very comfortable with us as a same-sex couple. During this time period, I had become aware of The Welcoming Project. I did not immediately connect Brian to the project until I saw his name on a for sale sign in our neighborhood. After talking with my partner, we agreed to add Brian to our list of potential Realtors. Brian was the first agent we met with and we liked him immediately. In fact, we visited with him for over an hour. It was obvious that he was very comfortable with us and I appreciated the enthusiasm he had in regards to our property. During our experience with Brian, he has treated both my partner and I with complete respect. He has never hesitated to include both of us in discussions about our house. Without his association with The Welcoming Project, we probably would have missed out on the opportunity to meet and work with Brian. Brian is wonderful at what he does and certainly having an agent who welcomes all people sets him apart from most other, if not all, agents in Norman.”

“I am honored to be a part of The Welcoming Project. As a lesbian myself, I know it can be scary to walk into businesses or email a potential provider without knowing if I will be accepted for who I am. I will proudly display the graphic image on my website. Thank you again for including my business in this wonderful program!”

“You never really know for sure how people feel about you or your relationships. Especially in the sometimes hostile political climate of our state, as a member of the LGBTQ community, it's easy to feel defensive when I'm out in public. Every time I see one of the Welcoming signs, it puts me at ease and makes me really happy. I really can't even put into words how much I appreciate seeing the signs around town and knowing that my community is more inclusive and accepting with each new sign I see. Thank you Welcoming Project for making me feel truly at home!”

The Welcoming Project is such a brilliant concept and has already had an enormous impact on the youth within the community. As a facilitator of YOTSO (Youth Open to Sexual Orientation) in Norman, OK, I often hear stories shared during youth group meetings about negative experiences the teens have had with their teachers, principals, counselors, or parents of friends that either openly make homophobic remarks, are discriminatory based on the teen’s sexual orientation, or do not support the teen in times of harassment by other teens, and sometimes, sadly, by adults, too. With The Welcoming Project’s mission of encouraging merchants, churches, and other businesses throughout the community to visually display their openness to individuals who are gay and lesbian, it demonstrates the support that’s available to teens that they may have not known of otherwise. In a time when there are such blatant homophobic remarks made for all to hear, it’s important for a teen’s self-concept to know that hate is not the norm. Many thanks to Brian and Meredith of The Welcoming Project!

Learning about The Welcoming Project was very inspiring and eye-opening. Walking in downtown Main Street I noticed a bunch of decals in the windows of the shops depicting the classic rainbow flag with the words “All Are Welcome” underneath. Honest truth, it made smile and feel at ease that I would not be surrounded by hate in the stores. It was truly comforting seeing the flags all up and down the street of support for love; there was nothing else I could do but smile.

Meredith Worthen and her crew do amazing things! The world is a better place because of The Welcoming Project. 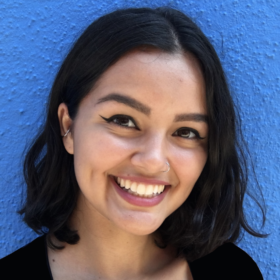 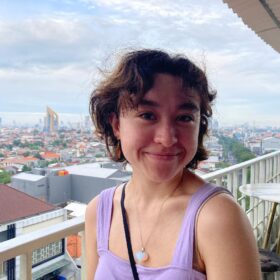 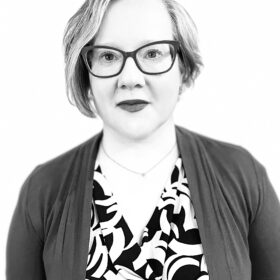 + See all our news